Authorized in 1864 by Congress to process the huge amounts of silver discovered in Nevada, the Carson City Mint produced its first coins, Seated Liberty silver dollars, in 1870. They continued to be minted until production of silver dollars was suspended.by the Coinage Act of 1873. Seated Liberty half dollars were also struck at Carson City in 1870 along with quarters. Three gold coins were minted at Carson City—the $5 Half Eagle, the $10 Gold Eagle, and the $20 Double Eagle.

When silver dollar production began again in 1878 with the new Morgan dollar design, Carson City minted them through 1893. Minting of smaller denomination silver coins was halted at Carson City after 1878, but gold coins remained in production along with silver dollars until the mint was closed in 1893.

On November 19, Heritage Auctions, one of the world’s largest coin auctioneers, began offering 161 Carson City coins in an internet auction scheduled to culminate in a live online bidding session at 6pm Central Time on December 15. It includes specimens of all denominations minted at Carson City from dimes to Double Eagles including the short-lived Trade Dollar.

While the big money usually gravitates to gold coins, the current leader “in the clubhouse” is an 1889 MS61 Morgan silver dollar with a bid of $15,000 that’s likely to go up since recent sales of similar specimens have been in the $22-28,000 range. At the same time, there are several Carson City gold coins including $5 Half Eagles, $10 Eagles, and $20 Double Eagles that could ultimately bring more than the 1889 dollar, although most of the Carson City Double Eagles are graded in the AU50s, which could keep prices lower. And there are plenty of coins for collectors on limited budgets, too.

Auction details, including current bids, are available on the Heritage Auctions website.

The Great American Coin Company® is pleased to offer a wide selection of US gold and silver coins including Carson City Morgan Silver Dollars and rare three-cent silver coins. Collectible coins make great gifts for holidays and other special occasions, so visit our website for unique gift-giving ideas.

Is Yule Time Buying Time for Gold and Silver?

A funny thing happens to gold and silver most Decembers. Prices tend to go down and this December may be the best time buy gold and silver since last summer. Prices for both metals have been on a slight downward trend, from a high of $1549 on September 3 for gold to $1460 as this article is being wr... 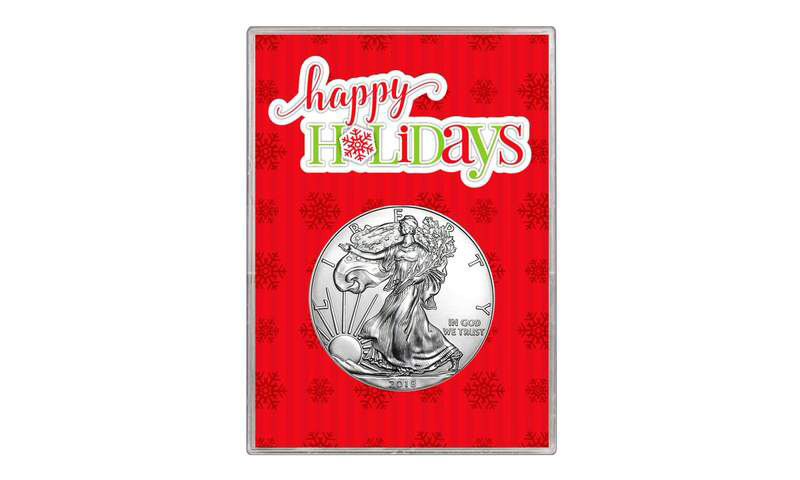 Plan Ahead for Holiday Gifts of Silver and Gold

Silver and gold have been among the most appreciated gifts since the beginnings of civilization thousands of years ago. They still rank among the most treasured today. Here are some ideas about how to include gold and silver coins and bullion on your shopping list for your special someones. ...