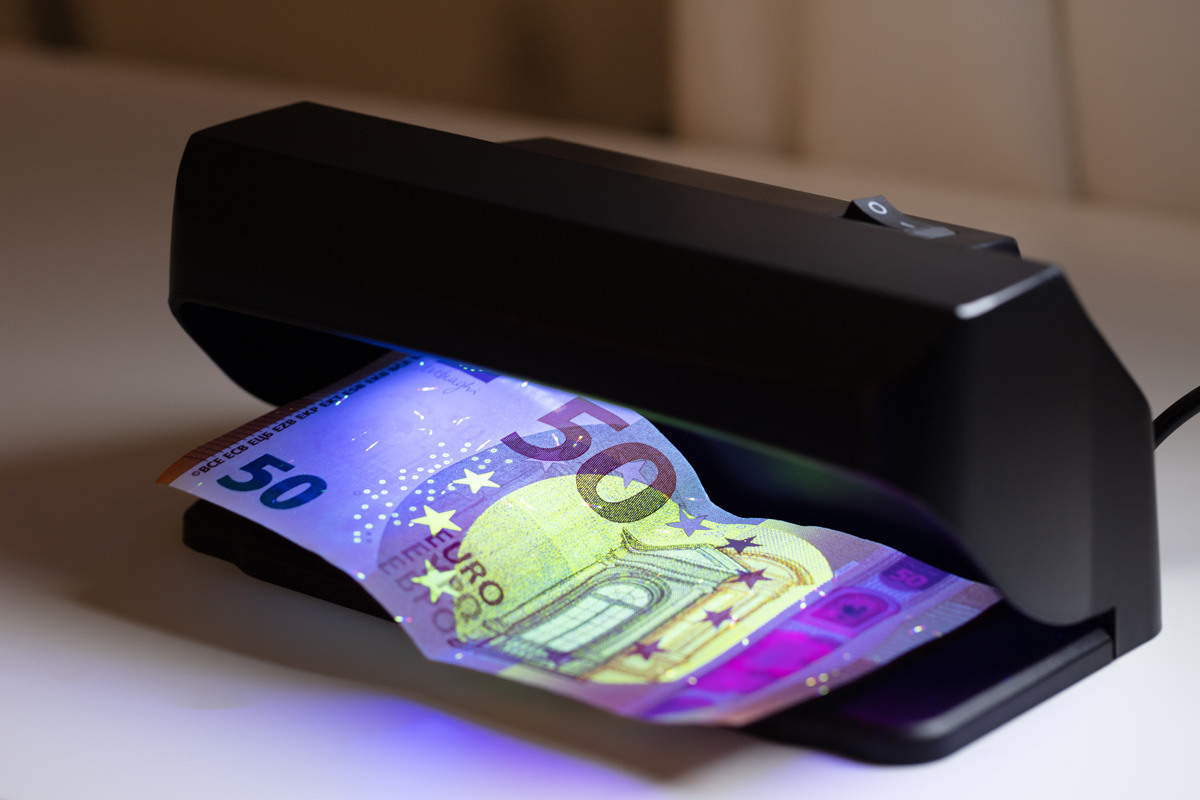 Counterfeiters have been around since money was invented. Prior to the 19th century, producing fake bills and coins was relatively easy due to the unsophisticated methods use to make currency and the general public’s lack of ability to detect fakes.

By the late 19th century, printing and engraving techniques had evolved to the point that it took a skilled forger to make counterfeits that would be hard to detect. But that didn’t stop criminals and rogue governments from trying. Some of the most notorious counterfeiters had their heyday in the 20th century and hostile nations from Nazi Germany to North Korea devoted massive efforts to flood the markets with phony US and British banknotes. A large counterfeiting operation in Pakistan has allegedly targeted the Indian rupee.

Technical advances like microprinting, holograms, and sophisticated inks and papers have made counterfeiting even harder today, but that doesn’t stop people from trying. Some fakes are pretty convincing; others are amateurish, but bunches of funny money still make it into circulation every year. Here are the most commonly counterfeited currencies as of recent years, based on available sources.

5. The Chinese yuan
As recently as 2017, Chinese police seized over 214 million counterfeit yuan in a single raid. While none of the notes made it into circulation, large numbers of fake yuan remain with 100-yuan forgeries selling at a 94% discount on the black market.

To counter counterfeiting, China is converting to polymer notes with holograms, microprinting, and color-changing inks.

4. The Mexican peso
In 2015, the Bank of Mexico detected 306,063 counterfeit bills amounting to 99.1 million pesos worth $5.4 million US. The Bank estimates that one in 14,000 notes are fake, the fourth highest rate in the world. Like the Chinese, Mexican authorities are also switching to polymer notes with holograms and special inks as a countermeasure.

3. The euro
With the aggregate EU economy ranking second in the world, the euro (€) has been a tempting target for counterfeiters since its inception in 2002. An estimated one in 23,000 notes is bogus, third most in US dollar value, with €20 and €50 notes accounting for 85% of counterfeits in 2017. Euro notes are printed on pure cotton fiber, giving the banknotes a distinctive feel that’s hard to duplicate. The European Central Bank (ECB) has hopped on the high-tech security bandwagon too, including super-secret measures, and is expected to be fully converted by 2020.

2. The US dollar
Being the world’s largest economy makes your money an irresistible temptation for counterfeiting with $20 bills favored by domestic fakers and the $100 Benjamin the rest of the world’s favorite. There are varying estimates, but as many as one in 10,000 US bills are phony, a large number of which circulate outside the country.
US notes are printed on cotton/linen paper infused with microfibers that make it difficult to replicate along with numerous security features that require expensive, sophisticated equipment to duplicate. The Treasury says it will add additional features, possibly including RFID chips, as new series are issued every 7-10 years.

1. The British pound
With as many as 1 in 30 British pound notes (£) bogus in a 2015 estimate, the British take top ranking as having the world’s most-faked currency, the £20 note leading the way. And that doesn’t include the 40 million or so phony £1 coins suspected of being in circulation.

To combat counterfeiting, the Bank of England continues to add security features and is converting to polymer instead of paper. Already introduced for £5 and £10 notes, £20 and £50 notes will be converted in 2020 and 2021, respectively. The Royal Mint redesigned the £1 coin in 2016 as a 12-sided piece with edge printing and a hologram plus a secret feature believed to be a UV-sensitive code to prevent its copying.

(Dis)Honorable Mention
Over 4 million fake Indian rupee notes, mostly larger denominations, have been detected in India over the past decade. As if domestic counterfeiters weren’t a big enough problem, the Indian government suspects Pakistani forgers are churning out phony rupees under the direction of Pakistan’s military intelligence and smuggling them via neighboring countries to destabilize the Indian economy. Despite increased security, counterfeit rupees grew by 50% at one point recently, and along with hoarding by people hiding money from tax collectors, led the government to discontinue 500- and 1,000-rupee notes.

As long as there is money around, counterfeiters will keep trying to make it the easy way. While it’s illegal to hold counterfeit money for fraudulent use, some exceptions are made for collectors, including Confederate currency from the US Civil War era.

If collecting Confederate money interests you, be sure to browse the collection of Confederate banknotes on The Great American Coin Company® website.

Is Yule Time Buying Time for Gold and Silver?

A funny thing happens to gold and silver most Decembers. Prices tend to go down and this December may be the best time buy gold and silver since last summer. Prices for both metals have been on a slight downward trend, from a high of $1549 on September 3 for gold to $1460 as this article is being wr...